When you’re not sure about what tool you should get for a particular job, the best thing to do is to look for what others in your field are using. If you are looking for a vlog cam, you probably have found that the Canon Powershot ELPH 330 HS is a popular choice between YouTube vloggers. When I found about it, I started researching why it’s such a popular camera. In this review you will find the good and the bad about using the Canon Powershot ELPH 330 HS for vlogging .

Let’s just start by saying that this camera has all the basics you’re going to need for vlogging. You can break it down to 5 main things:

Now, let’s carefully go through each of these points.

What Makes the Canon Powershot ELPH 330 HS Good for Vlogging?

It can record 1080p30 video – It can record Full HD video with a fairly smooth frame rate, which is just really the most basic thing a vlogging camera should offer. The most important thing is that it can maintain this quality even when there’s not good lighting.

It has Optical Image Stabilization (OIS) – One of the most important things you need if you are a video blogger that likes to take your camera out to your trips, you will need a camera that can record when moving. OIS is what lets your camera record while moving without getting a shaky image. 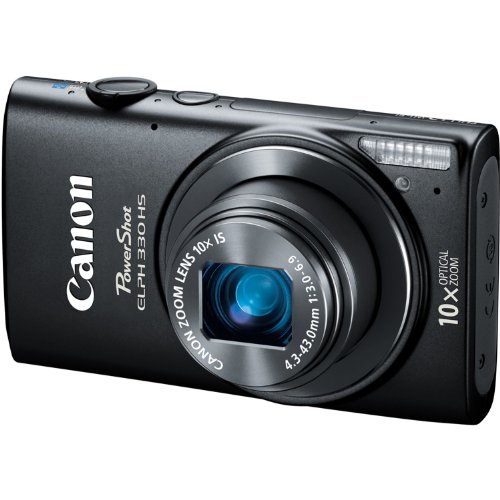 The ELPH 330’s OIS consists of a moving mechanical part inside the camera that serves as a counterweight for the movement it suffers, which allows the moving image to look smooth.

It’s one of the best cameras in low light for its price – This feature is the most important thing when looking for a vlogging camera. The reason is simple: as a vlogger, you won’t have a way of controlling lighting 90% of the time.

Remember that cameras are not as good at capturing light as a human eye. Even if you can see it’s still daylight, your camera won’t, so it will need to reduce the image quality to capture more light if there’s not enough. Low-light performance doesn’t refer to performance only during the night, it also applies in days that are foggy or times when the daylight is lower.

There are mainly three things that make a camera good for working with bad lighting:

Regarding these three aspects, the ELPH 330’s weakest point is its lens aperture, which is f3.0; however, it’s hard to find a camera with a widest lens aperture in this price range, so this is normal.

On the other hand, the ELPH 330 allows up to 6,400 ISO, which is quite good and will let you record in darker situations than most cameras you can find.

It has front-facing microphones – This is another thing that helps a lot for vlogging. It’s common to cover the microphones of your camera accidentally when you turn the camera around to record yourself. This leads to the video having terrible sound and makes your voice hard to be heard.

This won’t happen if your camera has its microphones set in the front, like the ELPH 330 HS has.

Downsides of the Canon Powershot ELPH 330 HS, and Comparition to Newer Models

There are mainly two things that the ELPH 330 lacks: 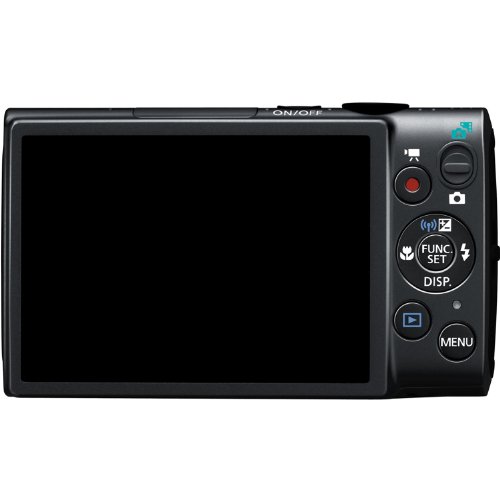 An articulating screen is something really useful to have for vlogging because you can make sure you’re inside the shot when you turn the camera around. This camera doesn’t have one. Nevertheless, I wrote a post about the best cameras with articulating screen here.

Finally, this camera can only handle 190 shots before needing a recharge. This is something important to take into account if you want to record long vlogs with it. I would recommend getting an additional battery because this is a common problem vloggers have to face with this camera.

Regarding other models, if you look on Amazon.com, you’ll see that you can find the ELPH 340 and ELPH 350 for a cheaper price, and they’re newer. However, bear in mind that these cameras are not an improved version of the 330.

Canon made the ELPH 340 and 350 weaker in low light just to be able to sell them at a lower price. These cameras can only handle 3,200 ISO—half the ELPH 330 can—and their image quality reduces a bunch when you record in low light—they show much more noise than the 330.

On the other hand, they both have the exact same downsides of the ELPH 330: neither of them have an articulating screen and both batteries handle the same 190 shots. They are cameras that don’t improve anything about the ELPH 330—except for the fact of having NFC because they are newer.

My recommendation if you want to get a camera for vlogging is to get the Canon PowershotELPH 330. It’s worth because you won’t have the ability of controlling lighting when you record your vlogs—unless you’re doing it from home and have a lighting kit—, so you will need a camera that has good performance in low light.

Preserving the best image quality at all times should be your main concern if you make videos to show to an audience, so the 330 will be the better choice.

A good alternative to the ELPH 330 HS is the Canon PowerShot 120. For only $100 you will get so much more. You will get rid of almost every weakness this camera has—it still lacks articulating screen.

The s120 comes with touchscreen, manual mode, two times the ISO (12800), timelapse and amazing lens aperture (f1.8 instead of f3.0). You should consider getting it instead of the ELPH 330. There’s only one major flaw: its microphones are on top of the camera, which may cause you to cover it with your fingers when you record. Casey Neistat has a solution for it.