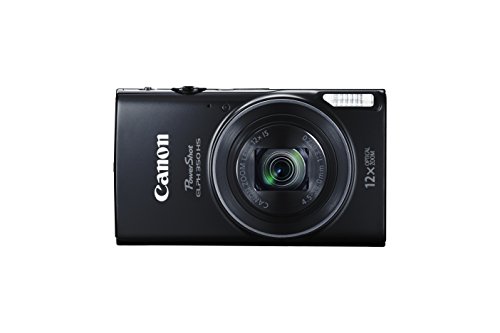 While the ELPH 330 is a nice camera for vlogging, the new Canon PowerShot ELPH 350 HS is a cheaper option. This camera keeps the most basic things for vlogging its predecessor offers. It only sacrifices low-light performance to give you a better price.

It’s a camera that will serve you to start your own vlogging channel on a low budget. Here’s why:

There are six things that make this camera good: 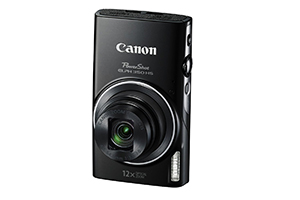 At first glance, you would think this camera only gives the essential. You’re actually right, but you’re still going to get a lot for little price

Here’s why all the aspects I just mentioned make the ELPH 350 a good camera for vlogging:

Its optical image stabilization makes you able to record while moving around. You won’t get a shaky image, which is basically the most important thing to look for in a vlogging camera.

It’s not common to find a camera that can record 1080p under $200. Most cameras at this price range can only record up to 720p. Yet, Canon has managed to give you high-quality recording.

We also must take into account the location of its microphones.

Thanks to their location, it’s easy to hold the camera without covering the mics with your hand. They catch your voice just fine, which is important because it doesn’t have an external mic port.

Finally, it’s one of the lightest cameras on the market (147g). You would do okay even with a camera that weighs around 300g, so this camera is one of the best for carrying it around.

There are three main things that could be better: 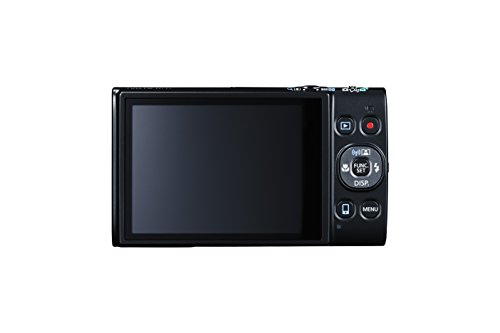 You should know that this isn’t the best camera to record at night. It will show a lot of image noise, so you should instead get a camera like the ELPH 330 if you need to use it a lot in low light. Even though the ELPH 330 is older, it still has a better performance than the ELPH 350, which is intentional.

Another thing is that this camera will lose its focus point every once in a while. This isn’t good if you you need to change focus points a lot (like recording sports or extreme vlogging).

Finally, its battery life could be longer. Yet, you’ll also find this problem in expensive compact cameras; they all have low battery life.

This one can last for around 250 shots, which is actually around average (the pricey G7 X lasts for 210 shots). 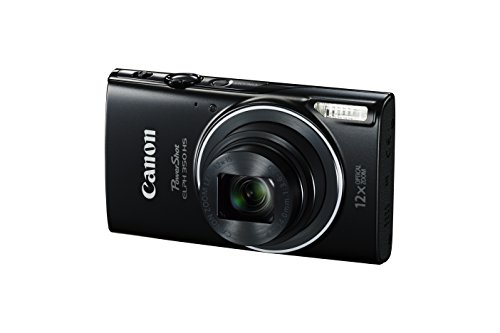 The ELPH 350 is the best if you don’t think you will be recording during the night. This is the first thing you should remember if you go for a cheap camera like this one. It has low max ISO, small lens aperture and it gets pretty noisy as light fades.

Its low-light recording is also a problem indoors, so you should get another camera if you want to record mostly from home.

Or, you could make sure you have good light sources if you record indoors. Having a few windows opens is often enough to give you good quality.

If you go for it, you should do it because you know you will be recording mostly during the day. It still works in low light, but remember that the quality will decrease. Still, this is only normal in a camera in such a low price.

Even after knowing this, this camera is one of the best cameras under $200.

It has optical image stabilization, WiFi, well-placed microphones, 1080p and it’s lightweight. It’s way too cheap for what it offers.