Category Archives for "Tags and Questions"

21 Questions Game: The Best Get to Know You Game 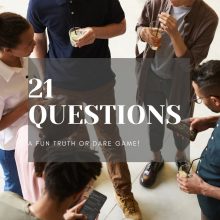 The game of Twenty-one Questions is pretty much like truth or dare, except there is no “dare,” and the “truth” questions are less revealing. How to Play 21 Questions The mechanics of 21 questions are very straightforward. One person asks a question, which is then answered by the other person as truthfully as they can. […]

150 Would You Rather Questions 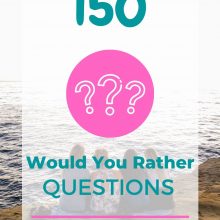 Would You Rather is probably one of the best conversation starter games out there. The most exciting part of Would You Rather is when participants explain why they made their choices.  It is an excellent way of learning about their personalities and different perspectives in life.  Would You Rather also works really well with kids. […] 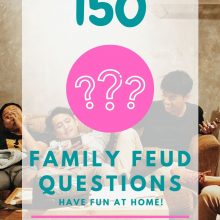 Family Feud is among the most popular and longest-lasting game shows on American TV.  The game mechanics are simple. Two groups compete against each other for a cash prize, to name the most popular answers to survey questions.The game is so fun and well-received that after it’s television debut, several other game versions came out, […] 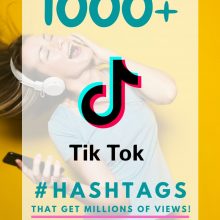 So you wanna go big on TikTok? Using the right hashtags for your TikTok videos can be the difference between becoming super popular and getting completely ignored. You can create the most entertaining videos out there, but if no one is watching them, all your effort will be for nothing. But don’t forget that you […]

Are you looking for the best TikTok username for your new account? Here you’ll find a huge list with over 3,000 good TikTok username ideas that will help you gain more followers. How to Get The Username That You Want if It’s Taken on TikTok TikTok allows us to put numbers and “_” in our […]

125 Never Have I Ever Questions 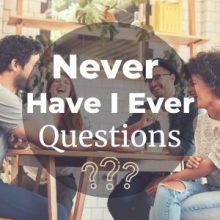 Never have I ever is a fun and engaging game for all ages. It is a great game to get to know people that you have just met. But it can also be an entertaining way of discovering new things about your friends or family members who you may think you know really well.  Quick […]

225 Get to Know Me Questions 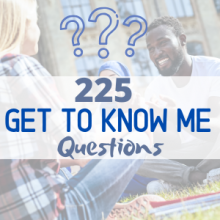 Have you ever met someone for the first time, and suddenly both of you click?   You feel like the two of you have been close friends for decades.    Your aura attracts much strongly that knowing this particular person becomes an intense wish?  In this kind of situation, you may find yourself urging to […]