The Canon Rebel EOS cameras have been used a lot by YouTubers for many years. Even though this is a camera that can be used for vlogging, it’s better used if you plan to record with a tripod, and if you don’t plan to travel a lot with it (in which case the G7 X is cheaper and a much better choice). After all, it is as heavy as any other DSLR camera and as uncomfortable to carry in long trips. However, the Canon EOS Rebel T6i is still one of the best cameras for YouTube vlogging and an investment you won’t regret if you plan to record a lot of videos from home.

As a heads-up, I can only say that recording in a controlled environment with a T6i can make your channel look as professional as it can get.

But now, let’s see exactly why it is a good choice, and what are the improvements it got when compared to the T5i.

How the Canon EOS Rebel T6i Compares to the Rebel T5i 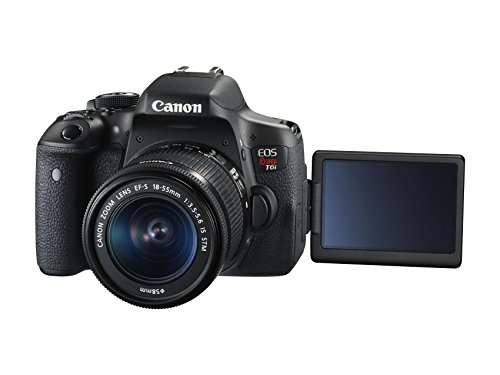 The T5i already made vlogging easier. The T6i does improve a couple of things that that can help for vlogging, mainly its autofocus and the addition of a WiFi feature. On the other hand, the Video Snapshots mode, the flip screen and touchscreen are still present.

Just like the T5i, this one comes with the Canon STM system, so you’ll be able to use Canon’s STM silent lenses. This is one of the main reasons Canon is considered better for video: you won’t hear their lenses focusing in your recording.

WiFi is now included. This is the first Canon Rebel EOS camera to include WiFi, which was one of the main complaints people had about these cameras. This now lets vloggers upload their videos without needing to use any cable. You can also use your smartphone to edit your videos and control the camera.

Flip screen and touchscreen makes vlogging faster. With the articulating screen you will be able to tell if you’re inside the shot, while the touchscreen will make setting the camera a faster process that needs less buttons. Both of these combined with the WiFi feature lets you spend less time vlogging.

Video Snapshots Mode helps making YouTube videos. This mode allows you to create one video file by combining small clips that are around 2, 4 and 8 seconds long. This saves you editing time if you want your video to look like this:

See how the video is done from really small clips? Using this mode will help you when editing this kind of video. It might not let you to completely ignore the editing process, but it certainly helps a lot since you won’t have to stick all the clips manually.

Besides all this, there are some other general improvements. The T6i is lighter (555g vs. 580g) and takes higher MP pictures (24.2MP vs. 18MP). Additionally, it shows less grains at high ISO—the T5i already shows noise at 800 ISO, while the T6i shows it when set at 1600 ISO—, which means that the image will lose less quality in low light.

Is the Canon T6i the Right Choice for DSLR Beginners?

The first thing we should say about this is that Canon is usually the first choice when it comes to your first steps with a DSLR. The T6i isn’t only the best choice if you want to start recording professional video, it’s also easy to use and has some ways of making easier the transition from being a compact camera user to a DSLR lover. It’s of general knowledge that Canon cameras are a little bit friendlier to new users.

This is what we can say about this fact: 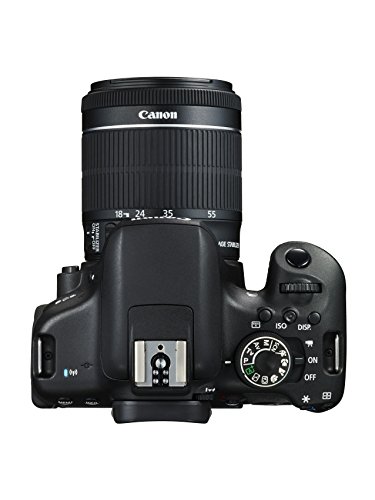 It’s the best midrange video DSLR. One of the main things that have made the Canon EOS Rebel stand out from its competition is that they are the best first DSLR people can get for video. Whether it’s for home videos or short amateur films, these cameras are the main choice if you don’t want to spend $1000+ in a camera for video—like the Canon EOS 70D.

With the T6i you can achieve the cinematic video the best DSLRs can achieve while using a decent autofocus mode,  having a microphone port, hot shoe for a shotgun microphone, and the unique silent—and cheap—STM lenses from Canon. Everything for a very low price for what you get for video.

This is why the rule of thumb with these cameras is to get a Canon camera for video, or a Nikon for photography.

Things like Creative Auto Mode are the perfect introduction to DSLR. When you begin to use DSLRs’ manual mode, it is easy to get confused around concepts like shutter speed, ISO, aperture, depth of field, etc. These Canon cameras—since they are made for beginners looking to record professionally—have a mode called Creative Auto, with which you can achieve the effect you want without knowing these concepts.

It basically translates complex things like depth of field to “blurry background – sharp background”, and so on. This helps newcomers to get used to these concepts by allowing them to achieve any desired result without having to understand first how they work—although you should start to study them soon.

What Are the Downsides of the Canon EOS Rebel T6i for Vlogging? 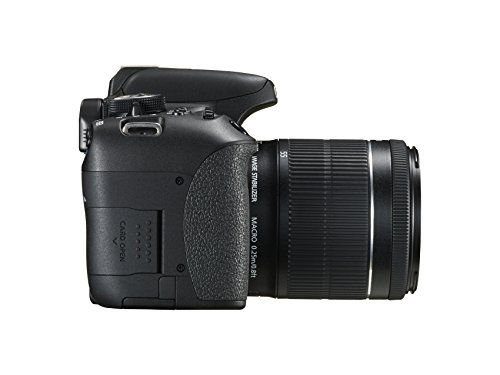 The first main downside is the problem all DSLRs face: they are heavy and bulky to carry around. This makes DSLRs not so great for travel vlogging and such. If your vlogging channel is more about your days out—and involves a lot of walking around with the camera—,getting a DSLR is not the best idea. The Canon EOS Rebel T6i is great if you want to record a lot of videos from home without having to move your camera too much, as luggability isn’t its strongest point. If you need to take it out a lot, get a G7 X instead.

This just happens because most DSLR users that are looking to record video want to give it a cinematic look, which is done with recording at 24fps. 30fps is used to give your videos a TV-show look, and 60fps is used for things like livestreaming. In the end it’s all a matter of taste.

Low battery duration. If there’s something we would’ve wished this camera had improved from the T5i, is its battery duration. The T6i battery is still a lot below average for DSLR standards. It stands at 440 shots, just like its predecessor. You will need to get an additional battery if you don’t want to run out of gas in the middle of a long recording session.

An Additional Tip If You Decide to Go for It

Normally,  when you buy a DSLR the best decision is to buy only its body and get a high quality lens instead of the starter kit. However, the T6i—at least in Amazon.com—has the same price with or without the starting kit lens. This is why for this camera you should get the starting lens kit, with which you can record wide-angle shots.

I advise you to also get a 50mm fixed lens since you will sooner or later need one, and they improve the T6i’s recording quality by A LOT.

You can check the fixed 50mm lenses available for Canon here.

Finally, the main thing that should concern you when recording with the T6i is the lighting. It is actually something that needs to take into consideration when recording outdoors and indoors, even during the day.

A camera sensor is not as sensible to light as a human eye. This is why performance in low light is something you need to bear in mind when you take your camera out. It is also something that is going to affect the camera performance indoors, as there is normally less light to work with inside a building. Working with bad lighting will lower you recording quality depending on how much ISO your camera needs to use.

The T6i is the perfect camera to get for a YouTube channel if you invest a little bit more in a lighting kit. You can get a lighting kit for less than $60 from Amazon that will allow you to use this camera at its full potential.

When using proper lighting, the T6i turns into an almost too-good-to-be-true investment for vlogging.