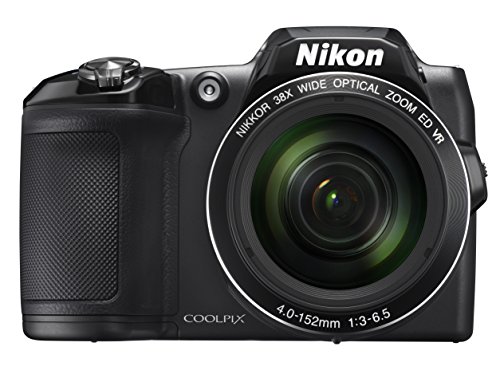 EDIT: This camera was replaced by the Nikon COOLPIX B500. It’s basically the same camera, but with ISO limited to 3200 and adds manual exposure mode and Bluetooth.

It’s for good reasons that this camera has turned into one of the favorites in the compact camera industry. However, there is something extra to take into consideration to be able to answer how good the Nikon COOLPIX L840 is for vlogging.

To know if it’s a good camera for vlogging you will need to answer the following question:

Do I really care that much about audio, or is it okay to use the built-in microphone?—This is often the case when you want to take your camera out and record with it.

However, if you really value being able to connect a microphone to your camera, you can go back to the post about cheap cameras and look for one with an external microphone port.

The first thing you should notice about this camera is its lack of mic input. This is really important to take into account if you want to make video blogs. I’ve always said that audio is better for vlogging than image quality because people won’t follow you if they can’t hear you CLEARLY.

If you’re going to use this camera from home, getting an external USB should be your main concern.

However, if you want to take this camera out, there’s really not much more you can do to record better audio with it, so it’s still a fine choice—you could get a portable recorder and a lavalier to connect to it, but most vloggers just prefer to take their camera with them and not mind much about this.

This camera is an excellent choice to get good image quality for a really fair price. It still has some flaws that I will mention in a moment, but these are acceptable because it offers many more positive things.

Why is the Nikon COOLPIX L840 Good for Vlogging? 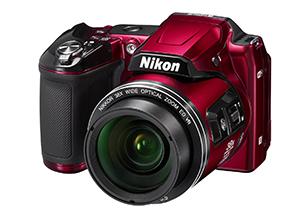 Its max image quality is nice (1080p30) – For many people, recording at maximum HDTV quality is the most important thing. Although I think that audio should be your main focus when vlogging, being able to record in such high quality is good when making video blogs.

You can also choose other fps rates when vlogging – You can also record 1080p video at 30/25/15/12.5 frame per seconds. Using different fps rates will give you different results. Remember that movies are recorded at around 24fps; if you want your videos to look like a movie you can choose the 25fps option. This is just an example to show you that the camera lets you experiment with different video results.

To know more about the usage of different fps rates check this article on Wikipedia.

Using wireless connection will save you a lot of time – You won’t need to use a cable to upload your videos to YouTube. This will make vlogging much faster. Considering getting a camera with WiFi is always good if you don’t have much time to spend on vlogging.

Its battery life is way above average – Actually, the average DSLR battery life is around 340 shots. This camera lasts for around 590. This is something good for vloggers, as they’ll be less likely to be interrupted in the middle of their work to recharge or replace battery.

Its optical image stabilization makes it a really good camera to record travel vlogs – This is not only true for travel vloggers, but also it is a needed feature for any vlogger that wants to walk around with this camera while recording. Cameras without image stabilization are really bad for vlogging because the image gets really jumpy, which is umconfortable for viewers. This is not the case with this camera.

Its price/video quality relationship is great – The camera is around the $200 mark. The quality of its video, combined with a fully articulated screen and wireless connection is rare in compact cameras this cheap.

This might be all due to its lack of an external microphone port. You will trade good sound for the best video quality.

What Will You Miss by Buying the Nikon COOLPIX L840?

Lacking an external microphone port is its major downside – It is a good vlogging camera if you don’t care much about audio or you have another way of recording good audio. 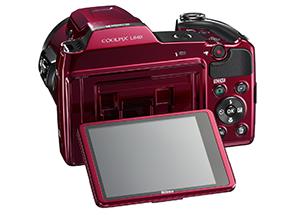 If you use a USB or portable microphone, the camera turns into the best cheap camera for vlogging.

It lacks any sort of manual mode (excepting white balance setting) – You can’t set manual focus or exposure with the Nikon COOLPIX L840. This is a setback if you like to experiment and you know about photography.

This camera is on the consumer level, so photographers will find a better option on other cameras with manual mode.

It’s not that good in low light – Since its maximum aperture is f3 at wide, you will need a good lighting setup to keep the maximum recording quality.

No touchscreen makes setting things slower – This is not such a bad downside to this camera since it lacks a manual mode in the first place. You won’t be setting many things on your camera, so lacking a touchscreen is just a minor setback.

It lacks a fully articulated screen – Making sure you can watch yourself while you vlog is good to confirm you’re being focused. It would be much better if the camera had this ability.