The reasonably priced, mid-range Panasonic Lumix DMC-G7 sets out to be the best budget camera for the beginner to intermediate vlogger. Though some consider the G7 the younger brother of the Panasonic GH4, it’s truly the most feature-packed camera on the market for its price range.

Practically everyone expects 1080p video nowadays. Even if it means buffering, your audience just isn’t going to settle for some outdated 480p video or worse (“Is this vlog from the 70s?”).

This is where the G7 steps in and shines brightly. Let’s quickly go over some of its highlights when it comes to shooting video:

– It shoots in UHD 4k at 30fps, 60fps at 1080p.
– It’s integrated with a plethora of autofocus modes.
– It’s so lightweight you might even forget you’re holding it (no need for extra pushups before longer shots)
– Wi-Fi connectivity and real-time mobile app control make camera remotes seem obsolete.

Coming in at barely 14 ounces, the G7 was obviously designed for maximum portability. Vloggers on the move — travel bloggers especially — will have a field day with this camera. When you’re “selfie” vlogging while moving out and about, you won’t have to worry about a strained arm, even with an external shotgun mic and a handheld steadicam or portable tripod attached.

At close range, it’s not terrible, but as you inch away from the subject the audio isn’t really adequate for even a novice vlogger. At least we can thank Panasonic for including an external mic port.

4K at an Affordable Price 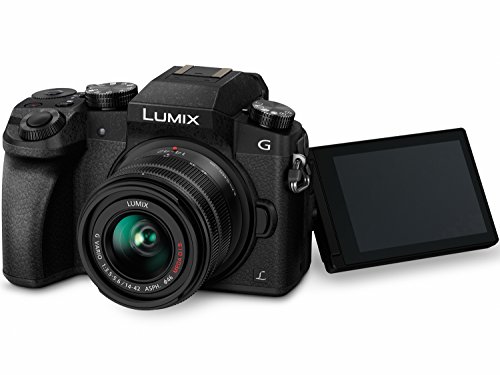 The G7 can shoot at 30fps at UHD 4K and 60fps at 1080p, both in the kindly space-saving MP4 format. There’s hardly any other cameras on the market this light and reasonably priced that will shoot in 4K.

While the OLED electronic viewfinder has an impressive 2,360k dots, the 3-inch tilt and swiveling LCD touchscreen monitor takes the cake here with helpful controls such as on-screen zebra stripes, live histograms, and guideline patterns, as well as the more basic functions such as ISO and white balance adjustment, focusing, and contrasting.

Although it can display a dozen less than mediocre preset filters that you’ll probably want to leave up to post (or not at all), the monitor’s resolution and extremely versatile swivel ability leave you the freedom to shoot anything any way you please. If it’s solely “selfie mode,” then so be it.

One of the highlights of this camera is the implementation of several auto-focus features, one aspect of shooting vlogs that most vloggers will declare crucial to a pleasant viewing experience for the audience.

The G7 approaches AF here with four types of auto-focus and six modes of detailed AF adjustment settings. While some auto-focus modes will perform simply okay in certain conditions, once you get the right adjustment for your specific environmental setting, the auto-focus is pretty impressive with very little lag.

The heart of the camera is a 16-megapixel Live MOS sensor with an enhanced image processor. But when it comes to video, you’re looking at 30fps 4K shooting at 100 Mbps or 1080p at 60fps. You’re limited to just under 30 minutes of 4K in a single clip, which is pretty darn good.

The camera is advertised as having up to a 25,600 ISO, but for video, it’s limited to 6400. Shooting in daylight looks crisp and detailed though, and even in darker lighting the video holds up well. 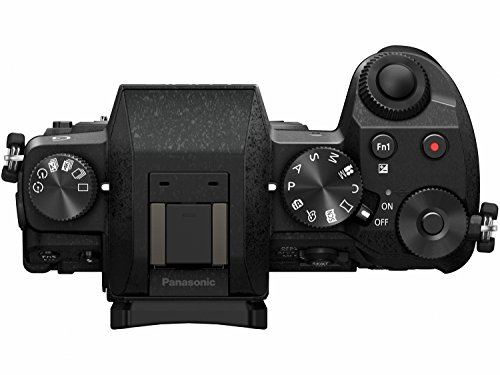 The Panasonic G7 comes in two varieties. One, the 14-42mm focal length model and the other, a 14-140mm model, which of course comes in a bit pricier. Regardless of the price bump, I can’t imagine one would need 140mm focal length for vlogging, as 42mm would be more than adequate, as most vloggers generally shoot fairly close to themselves.

Although it is still a good idea to ignore the stock lenses and get a good vlogging lens from the start. This will save you money in the future and will give you the highest quality possible with this camera.

Via an app on your smartphone, you can manipulate your video in real-time, whether it’s the camera’s focus, contrast, white balance — you name it.

Professional vloggers might want to look a little higher than the Lumix G7 for videos that will mesmerize their audience, assuming they have the money to fork over for a more costly piece of equipment. For intermediate vloggers or those new to this genre of media, the G7 is a great buy considering the cost/feature ratio.

It does make for a great backup camera for a professional videographer, nothing less than a solid, reliable camera to have in your arsenal.

My recommendation? If you’re a novice or intermediate blogger looking for a solid, affordable camera, this is one to pick up without any hesitation.