The Panasonic G85 — the successor to the Panasonic G7 — stands as a fantastic mid-range option for professional photographers. The G85 is hyper-functional, gorgeous, and compact enough to take on the road.

But, is it good for vlogging?

Let's take a look at the image quality, video resolution, features, stabilization, weight, and build so that we can see how this $1,000 camera holds up to others in its price range. We'll also, as always, go over some positives and negatives so that we can get a clear picture of this camera's value as a vlogging tool.

Is the Panasonic G85 Good for Vlogging? 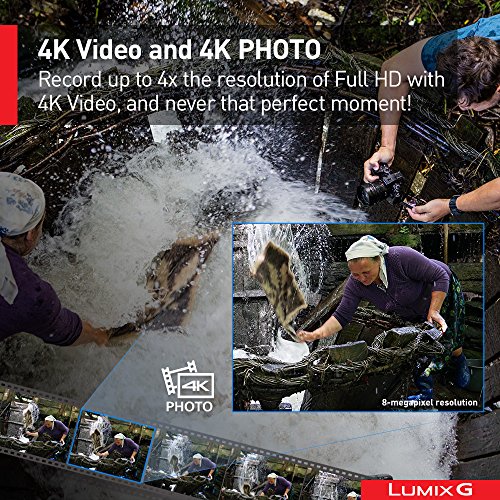 When it comes to picture quality, the G85 shines in the mid-tier category.

It boasts an impressive 16-megapixel lens, which gives it great sharpness and up-close detail.

The G85 also packs a punch when it comes to video; it records at 4k video in 3840x2160 at 30 frames-per-second, which puts it up there with some of the higher priced options in terms of video quality. It lets you record in half-hour blocks, which is becoming standard. Also, the G85 can squeeze out about 4 half-hour clips in one-battery — which isn't horrible.

It's important to note that when it's in 4k, it's going to be uploading at 100Mbps, which means that you'll want an SDHC card to handle all of that incoming data.

For vloggers, 4k video is becoming a necessity. The entire vlogging industry is constantly pushing towards high-quality and less intrusive filters to give people the best viewing experience possible. The G85 offers that high-quality video at a reasonable price, and, when combined with its extras, it outshines nearly all other mid-range options for video shooting.

The camera also offers a 4k photo mode, which uses a strange mixture of photo and video to shoot some impressive shots. Though this feature probably won't be utilized as much for vloggers as it will be for photographers, it's still a nice option to have for thumbnails (which will lose some quality when they are converted to .webp.)

There are plenty of video modes beyond 4k (although you should be using 4k) like BluRay, HD, and more. There are also tons of image capture modes, which you'll have to cycle through to see which one fits you best — or fits the situation the best.

Not only does the Panasonic G85 offer some incredibly vivid video and image quality, but it also has built-in stabilization, which is crucial for vlogging. Stabilization will prevent your video from shaking around when your walking-and-talking (which vloggers love to do.)

Panasonic's stabilization — which has come a long way in recent years — shines in the G85. There are hardly any mid-range cameras that offer 4k, built-in stabilization, and interchangeable lenses on the market.

Stabilization is certainly the selling point of this camera, as it's much better than previous models and stands as one of the best stabilization sensors currently on the market. 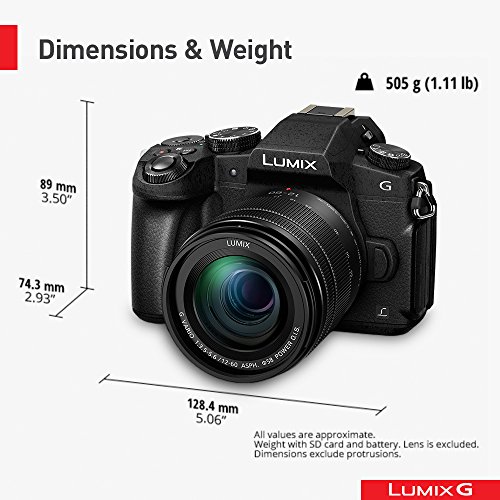 This makes it a highly portable option for those that want to carry their camera around with them (which every vlogger should do.)

It's also pretty spectacular looking. Panasonic opted to go with a magnesium alloy chassis, so the camera is weatherproof. If you live in an area with some decently unpredictable weather, this camera is an excellent option for you.

You can also swivel the monitor to the back of the camera to protect the screen, which is great for rainy days.

Extra Extra Read All About It!

When it comes to extras, the GS8 comes fully loaded.

While the G85 is packed to the core with extras, it does miss out on a few that would put it over-the-top. There is no headphone jack, and the camera can't be charged internally with USB. Both of those are things to keep in mind.

Also, the wifi doesn't have NFC if you're looking to touch and share your images with other nearby devices.

The GS8 offers fantastic white balance (though it does tend towards blue on darker shades) and colors come in super-vivid. Any differentiation in color shouldn't be noticeable, especially for vloggers.

The GS8 remains crystal-clear up to 1600 ISO, which means that it's perfect for shooting indoors and in low-light situations. In super-low-dark situations, it may get a little blurry, but that's to be expected at this price range.

We usually don't go into too much detail on stock lenses, because as a vlogger you're probably going to want to get some vlogging lenses. But, the G85 stock lens is dust and weatherproof and offers additional stabilization beyond the incredible body stabilization.

Thankfully, the G85 lets you set manual video recording parameters, so you can adjust your ISO, white balance, and exposure.

Having the option to toy around with manual parameters is critical for vloggers, since the majority of your vlogging time will probably be spent in specific areas, unless you're travel vlogging.

Also, the G85 has notable autofocus (with 49 areas!) that will let you use "focus tracking" to help with moving objects if you're outdoors.

To wrap this review up, the Panasonic G85 is clearly a competitive option for vlogging. It has amazing video quality, great stabilization, and has weatherproofing.

This camera would be a gem for those of you that are travel vlogging, since it's portable but functional.

For at-home vloggers, the camera has some great ISO levels, terrific 4k capabilities, and stabilization that will help you film those out-of-the-house moments.

Let's finish this with a quick list of pros and cons for the Panasonic G85.

Some alternatives if you're not sure about getting this camera: