Recently, Panasonic cameras have been one of the main choices for vloggers looking to improve their YouTube channel quality. This doesn’t come as a surprise for us camera junkies, as Panasonic has really stepped up their game bringing small cameras that can record videos better than the average. Between all the good options this brand offers, the Panasonic LX10 (LX15 in Europe) seems to be the most popular choice for vlogging. Here I will explain what video bloggers get out of it, and why it’s one of the best cameras for vlog recording. 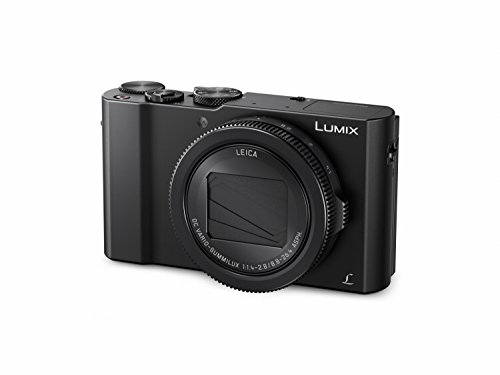 Probably the strongest point this camera has is its 4k recording capacity. But what makes this feature really good is that you will be able to record 15-minute 4k UHD videos for the same competitive price of other popular FullHD vlogging cameras like the Canon G7X Mark II. And what makes it a really good choice for this purpose is that it doesn’t suffer overheating problems that are common in 4k cameras.

You can record 4k video in .MP4, which is a movie format very friendly with computers that aren’t really fast, so a lot of vloggers that have basic equipment will be thankful for it.

Being able to record up to 120fps in Full HD gives vloggers the ability to record super slow-motion videos to add some creativity to their work.

And in case you’re wondering, you can record Ultra HD with a Class 4 SD card for any kind of format you choose. 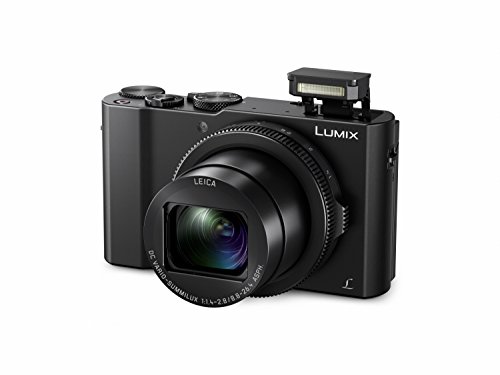 This compact camera is a non-interchangeable lens camera, which means that you will need to stick to the same lens forever. This is an important downside when compared to mirrorless cameras that can be almost as light and easy to carry around.

Nonetheless, the lens you get for the price is incredibly good. This kind of lens, as a standalone, could surpass the price of this camera alone. That’s the advantage you get with a single-lens camera; you get a lot more quality for less money.

For vloggers, this is a really good trade. This is especially true if you take into account that this lens offers all the focal length a video blogger will need.

If you need to hold the camera while recording yourself in ‘selfie’ mode, you will use the lens at its widest 24mm focal length with f/1.4 aperture. This is probably the fastest lens you could get for this price.

However, we should mention that even though the G7X only offers a f/1.8 aperture, the Panasonic lens becomes a lot slower as you zoom in. The G7X will have a faster aperture at 50mm than the Panasonic, so if you plan to use 50mm to give your videos the most natural look possible —makeup artists will want this—, you might prefer the G7X.

What all this means is that the Panasonic has better low-light performance when zoomed out, but the G7X wins as you start zooming in.

If you plan to record yourself in ‘selfie’ mode, you will need to record while zoomed out, so the LX10 is really good for this job.

The Basics of a Vlog-Friendly Camera

And besides its strongest unique points, you also get some other additional features that help a lot for vlog recording:

It does lack an external microphone input. But this feature is often a luxury one, and the small cameras that have it are normally overpriced for the quality they produce. A good example is the Canon EOS M3.

What Could Be Improved? 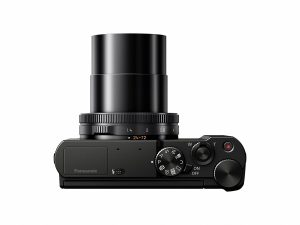 This camera shares pretty common flaws with other compact cameras, but it also has its unique weaknesses.

The most important thing is that this camera has a problem with its autofocus. It’s not as reliable as vloggers would like it to be, even though it isn’t as noisy as the G7X. Still, this is why it’s really important for vloggers to learn to use the manual mode.

Using your manual focus while trying to keep the same distance from your camera will let you get rid of this problem. It’s not an easy solution and it can be really annoying. And even though it’s common in compact cameras, the LX10 is not the best performer out of them all. For example, its autofocus clearly performs worse than its main 4k competitor, the Sony RX100 IV.

On the other hand, something a lot of people don’t think about when choosing a camera is how easy it is to hold in your hand. The LX10 can be kind of easy to drop if you’re not careful enough, especially when using it in selfie mode. The main reason is that it is slim and doesn’t have any kind of grip —like the one included in the G7X Mark II—. This is just one of the consequences of a camera that is small and easy to carry around.

To conclude, we could say that the Panasonic LX10 gives an amazing value for the price. Its 4k recording quality is absolutely stunning, doesn’t overheat and has a good 15-minute video length allowance. And even though it can record better quality video than most compact cameras, it’s still whithin a pretty fair price range that others that are still charging for 1080p recording.

This is what makes it one of the most popular choices for vloggers that want a small camera to carry around and record stunning video with. It still comes with its downsides that doesn’t make it perfect. But it is still a very good buy if what you care about the most is good colors, image quality and luggability.