Sony's A6500 is the top of the line for the company's APS-C mirrorless cameras. And its price shows this, often being retailed for between $1,000 to $1,200. The most impressive aspect of the A6500 is that it provides the same quality as the A7R II and A7S II—Sony's full-frame cameras—but it comes in at half the cost.

However, for vlogging, I do not see any reason to opt for the full-frame cameras, unless you got money to burn. They do rock a full-frame sensor with a dedicated exposure compensation dial, ISOs above 25,600, and over 24 megapixels. But as a vlogger, it's unlikely you'll use them to their full potential--you just won't use them. The A6500 is also smaller, has better focus, provides higher frame rates, and offers a deeper depth-of-field, which are all ideal for vlogging.

To help you take a more comprehensive look at the A6500, especially in comparison to similar models from different brands, the following breaks down key camera considerations for vlogging.

When it comes to image quality, the A6500 is ideal for vlogging because it allows you to have a wide range of options when you get to post production. In other words, you can shoot in 4K and output to HD or shoot at 8-bit 4:2:2 in S-Log2, S-Log3, or Rec 709. This ability is a massive benefit to vloggers who are uploading to platforms like YouTube, as 4K simply takes too much space and HD can provide high enough quality for your audience.

I'm also a big fan of this camera because it makes it easy to capture high quality videos. The autofocus feature allows you, as the vlogger, to concentrate on the content of your videos rather than the technical aspects of filming. However, it is important to note that autofocus really only works with native Sony lenses. Autofocus lags significantly and hunts quite a bit with lenses from other brands. 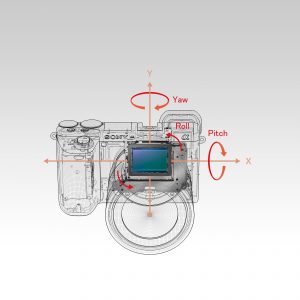 Sony’s A6500 has fairly impressive optical image stabilization. It is provided by the 5-Axis SteadyShot INSIDE. This option is new and is not available in the camera that is a step below, the A6300.

There’s a limitation that the technology has. You can’t move too quickly. So for vloggers who have a lot of physical action and movement throughout their vlog, this may not be the best option.

On top of this, there is additional stabilization that is provided by the camera’s 5-way mechanical sensor-shift image stabilization. It is also important to note that this stabilization, along with the touch screen are the biggest differences between the A6500 and the A6300. If all of your lenses have their own stabilizers and you don’t have to have touchscreen features, the extra $400 may not be worth the upgrade.

The A6500 is incredibly lightweight, especially considering the quality of video it offers. It sits at under 16 ounces, including the battery and card. Compared to many DSLR or full-frame alternatives, both the size and weight of this camera can not be beat.

Portability is simply more important for vlogging. Many vloggers need to be able to move with their camera and not just rely on their tripod. And it is the combination of the A6500’s size and its image stabilization that provide this option.

It Has Most Vlogging Features, But Lacks An Important One 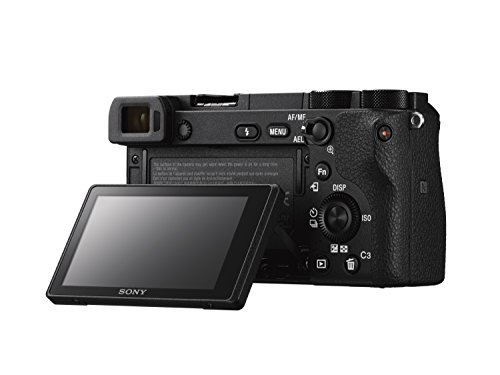 While the A6500 does have a touchscreen, it lacks the 180 degree flip screen ability. For many vloggers this can be a big downside. The flip screen is vital to check if everything’s fine as they record. However, Sony does offer an alternative. They have a remote control app that users can operate from their smartphone. It allows you to see exactly what your camera is seeing and adjust accordingly—plus it doesn’t require Wi-Fi to work. Still, it’s not the same as having a flip screen.

When it comes to sound, the camera offers a stereo mic, a 3.5 mm mic input connector, and a mono speaker. And while it has a built-in flash, it also offers a hot shoe for additional accessories.

The low-light performance of a camera can also be an important consideration for vloggers. Many need to film at night, in dark rooms, or in other situations where the lighting is not optimal. With the A6500, the quality provided in low light scenarios is mainly dependent on the lens that the vlogger is using. But when it comes to looking at the camera from a standalone perspectice, it does have excellent low-light capabilities. They are not as good as Sony’s A7Sii, but they do come close.

The single downside that the camera has when it comes to low-light is that it does not offer an option for in-camera raw processing, which can enhance the end product of low-light content significantly. This is somewhat surprising considering how strong Sony’s JPEG engine is in regards to retaining detail. However, even without this feature, vloggers will still be able to capture high quality videos in low-light settings.

The A6500 is a competitive option for almost any vlogger. It provides all the necessary features and, although it lacks a flip screen, it provides users with an alternative with the smartphone remote control. However, vloggers who shoot very active videos will struggle a bit with image stabilization, so for these individuals it is best to opt for another camera like the cheaper Panasonic G85.