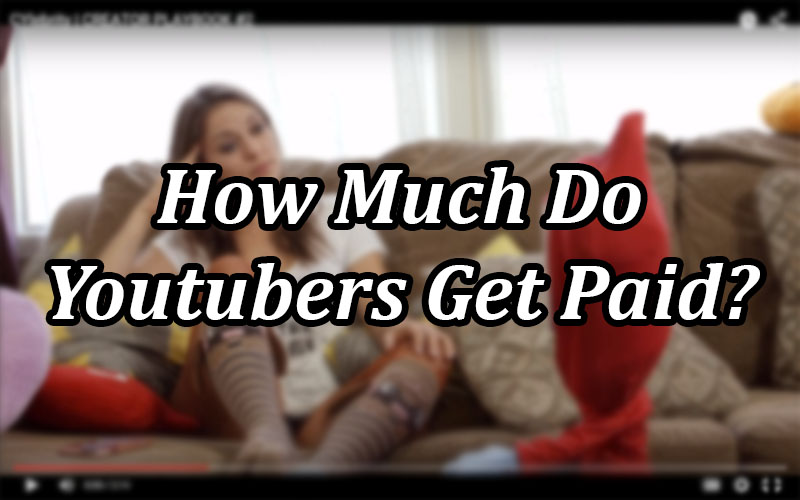 If you’re wondering how much money YouTubers get paid to post videos on this platform, you’re also probably looking to start your own channel.

The truth is that having the best camera is not enough to have a successful YouTube channel.

In fact, you’re not going to like what you’re about to read…

Most people can barely make any money on YouTube.

The reason for this is that you get paid for YouTube videos through Google ads, and, aside from YouTube keeping 45% of these ads’ revenues, the CPM (per-thousand-click rates) is just too low.

How is this possible? I mean, we know about a lot of people that make millions from YouTube. 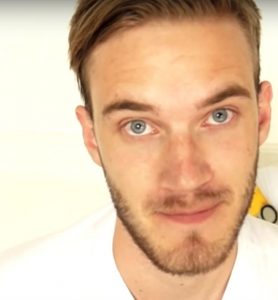 PewDiePie made $7.2 million in 2014 with his company Pewdie Productions, which is based on his 40+ million subscribers channel although he sells a lot of merchandise and earns money through G2A affiliate links.

Disney Collector (now FunToyzCollector) channel made $4.9 million in 2014 only from YouTube.

When you read these cases on how much money the top YouTubers earn, it’s probable that they will motivate you, but sadly these are very strange cases.

You need to take into account how much views their channels have:

This is a number of views that is really hard to match –or to even get close to. However, you are probably not looking to make millions on YouTube, so you don’t mind not being able to reach so many views, right?

This is when you start to look for more realistic cases… and it’s when your illusions start to get crushed.

How Much Do Vloggers Really Get Paid? Olga Kay’s Case and How Most Revenue Evaporates 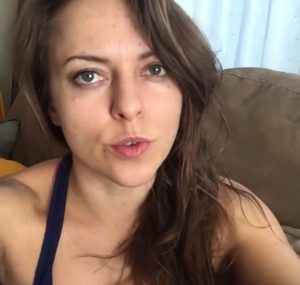 In the beginning of 2014, the NY Times featured an article about Olga Kay, a YouTuber that owns several channels and that is trying to make a living out of it.

She earns this modest amount of money while:

All this while having more than 1 million subscribers.

This doesn’t look that good right? It’s not probable she can live off only from that money; it basically means that living solely off YouTube is really unlikely.

However, she told the NY Times about other ways to make money thanks to her YouTube videos.

She told them she gets approached by some advertisers that promise $75 CPR if she shows certain products.

She even said Ford gave her a car and gasoline for a full year to show it on a video once a month.

See, it all comes down to diversifying. She actually just opened her own socks store and she’s sending lots of viewers in L.A.

This case of Ms. Kay shows us how things really are. She represents a special case and it still seems like she would be struggling a lot if she depended only on the YouTube Partnership program.

This leads us to…

How much can you expect then from the YouTube Partnership program?

Well, let me show you how much money a typical YouTube partner make.

How Much Does YouTube Partnership Pay to a Typical Partner?

Youtube Partners make an earning that will depend on the ads that can be shown in their videos. Each video they make will have a target audience, and the ads must be adequate to that target.

Some industries pay more per ad than others. The amount you get paid will also depend on your viewers’ provenance. In the end, the CPM for most channels can vary somewhere between $0.30 and $2.50.

Getting a little bit more than $2.00 per thousand views is the most usual amount YouTubers can get, with very few exceptions of people that make more than $3.00.

The truth is that ads are paying less and less as time passes by; there are just too many videos and a few advertisers.

And of course, before you can earn any money you have to first get partnered, which requires you to get over a certain threshold of subscribers and watch time on your channel.

Nevertheless, there is a workaround to this.

What Are the Best Ways to Make Money as a Vloggers on Youtube?

What we can learn from studying PewDiePie and Olga Kay is that you need to use YouTube as a fuel channel to sell and advertise your own stuff or affiliate product, but not as your main income.

The secret to really make YouTube a business is using this platform as a content marketing tool. YouTubers get paid the big bucks for selling other stuff thanks to their videos.

This is exactly what Olga Kay does and the reason why she must make much more than the measly $14,000 she seems to receive from YouTube each year. She can’t make a living only from making videos, she makes a living thanks to diversifying and using other forms of income than the Google ads featured in her videos.

This is easy for any starter through affiliate links.

There are a lot of affiliate programs like Clickbank or Amazon that are accessible to anyone. You can get paid if someone clicks a link to their products in your videos’ description box, for example.

It’s even better to have your own website and sell your own stuff –courses, ebooks, etc.- there while using YouTube to attract buyers.

However, this is not easy either. Basically, you can rely on affiliate links in the beginning to make some extra money as a starter, but don’t expect to win a lot of money using this method. You will still need a lot of views and a big audience.

The truth is that YouTube partnership alone doesn’t pay very well. What is even worse is that ads companies are paying less and less because of the huge population making videos for them to advertise within.

This leaves the typical YouTuber starter to having to think about a strategy to be able to really earn money from their videos.

Just like Olga says, the key is to diversify, and YouTube is only one of the many tools you should use to promote yourself and your work.