Sony’s Alpha 5100 mirrorless camera, while it fails at delivering 4K video and lacks an input for an external microphone, for someone new to vlogging it could be a decent entry point, especially considering the price you could potentially pick it up for in 2017. Here you will find out why the Sony a5100 is good for vlogging.

The a5100 is one of the smallest and lightest cameras with an APS-C size sensor lens, which is the same sensor as DLSRs up to the $2000 the price range. Its basic kit contains a 16-50mm f/3.5-5.6 lens with standard optical image stabilization. This camera can shoot 50mbps, even at 1080p and 60fps, although there is no 4K video.

Sony touts this camera as having an impressive ISO range, but looking at field tests it doesn’t really seem to perform that well in low light video caps at 3200 ISO, but you will see grains in a lot of low-light environments at that setting.

Despite this, however, it does have an auto-ISO function, making transitions between light and dark scenes creamy smooth, if that’s something you think you’d like to do in your vlogs.

One of the features that sets this model apart from other cameras is its use of the XAVC S video codec. XAVC S codec has a higher dynamic range, resulting in better manipulation of your video in post-production, as opposed to other codecs like MP4.

You will need an SDXC memory card, though, if you want to use XAVC S video. It’s a bit more expensive than a lot of other cards, but not by too much.

There are three continuous auto-focus drive speed modes here which are nice, as well as what they call “Shutter Priority.” “Shutter Priority” is where the camera decides which shutter speed is best to shoot with based on the exposure of the scene.

It’s a very small and light camera that is great for traveling. If you want to shoot the outdoors, you’ll need your camera to be easily transported. Obviously, this is a plus, especially for vloggers.

Although quick USB charging without having to take out the battery is nice, the battery does not last very long. This isn’t a problem for indoors shooting, but for longer outdoor trips, you’ll need either a portable charger or a couple of extra batteries on hand. 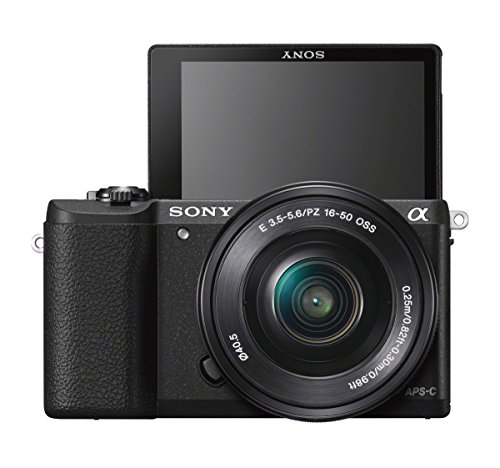 Don’t expect to do any side-shooting with the a5100 since the LCD monitor merely flips up and down only.

The 3” LCD screen technically is touch enabled, but its features are extremely limited, aside from two specific functions: white balance shift and quick zooming. With a touch of a finger, you can instantly zoom in on an object, giving you a better visual if it’s in perfect focus or not. With the white balance shift, you can set the white balance with your finger around a double axis, setting the color you want graphically.

The a5100 features a dual-recording mode, which enables you to shoot XAVC S video and MP4 simultaneously. Essentially, this means sharing your video via Wi-Fi on the fly with your small and compressed MP4 file, while still capturing the much higher quality XAVC S file that continues to live on your memory card.

You can then take your video shoots home and compress your video file just how you like (or not at all). It’s up to you. If you have a vlog that doesn’t require editing (some actually do, providing more of a livestream feel to them).

A true beginner’s camera at heart, it has several other features as well that make shooting video easier. One of these is named “Scene Selection,” which includes modes such as: Portrait, Sports Action, Macro, Landscape, Sunset, Night Scene, Hand-held Twilight, Night Portrait, and Anti-Motion Blur.

These settings do a lot of the work for you. You’ll have no need to be fiddling with a plethora of manual settings to get the shot you want. Why not let the camera work for you if you can?

Among the same settings are a few more video presets, such as “Program Auto,” which automatically selects the shutter speed and aperture for you, and “Aperture Priority,” which enables you to control the aperture while the camera still sets the exposure and shutter speed on its own. 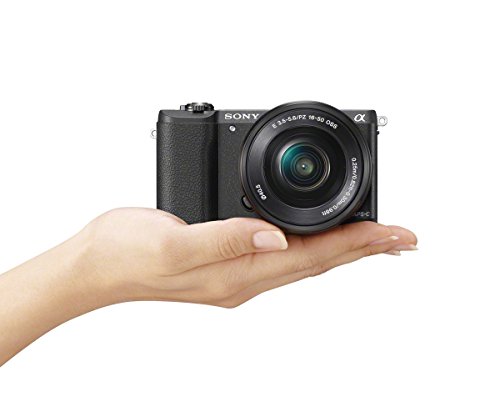 If you can pick one of these up on the cheap, it makes for a great camera for a beginning vlogger. There are many interesting features here, but the lack of an external mic input makes this camera better for video with no sound, as the internal mic captures ambient sound well, but not so much for vocals.

For more advanced vloggers with their own sound and audio kit, the image quality could still make this a good buy

But a bigger question is what is your vlog about? For vlogs where high video detail is key, perhaps a vlog about beauty or travel, you’ll probably want to spring for a camera with 4K capabilities, hence you might consider skipping this one.

But for the rest of the mortal, the Sony a5100 has a really nice video quality with great colors, even if it’s just 1080p.

The best use for this camera? It’s great for your first video camera. If you’re beyond novice videography, you better vlog indoors with a decent light kit and an external audio recording device if you want your vlog to look professional.